Quirkilicious attends various geek culture events across North America, he also makes appearances internationally in countries such as Europe and Australia! Catch him at one of these shows for exclusive prints and Artbooks! 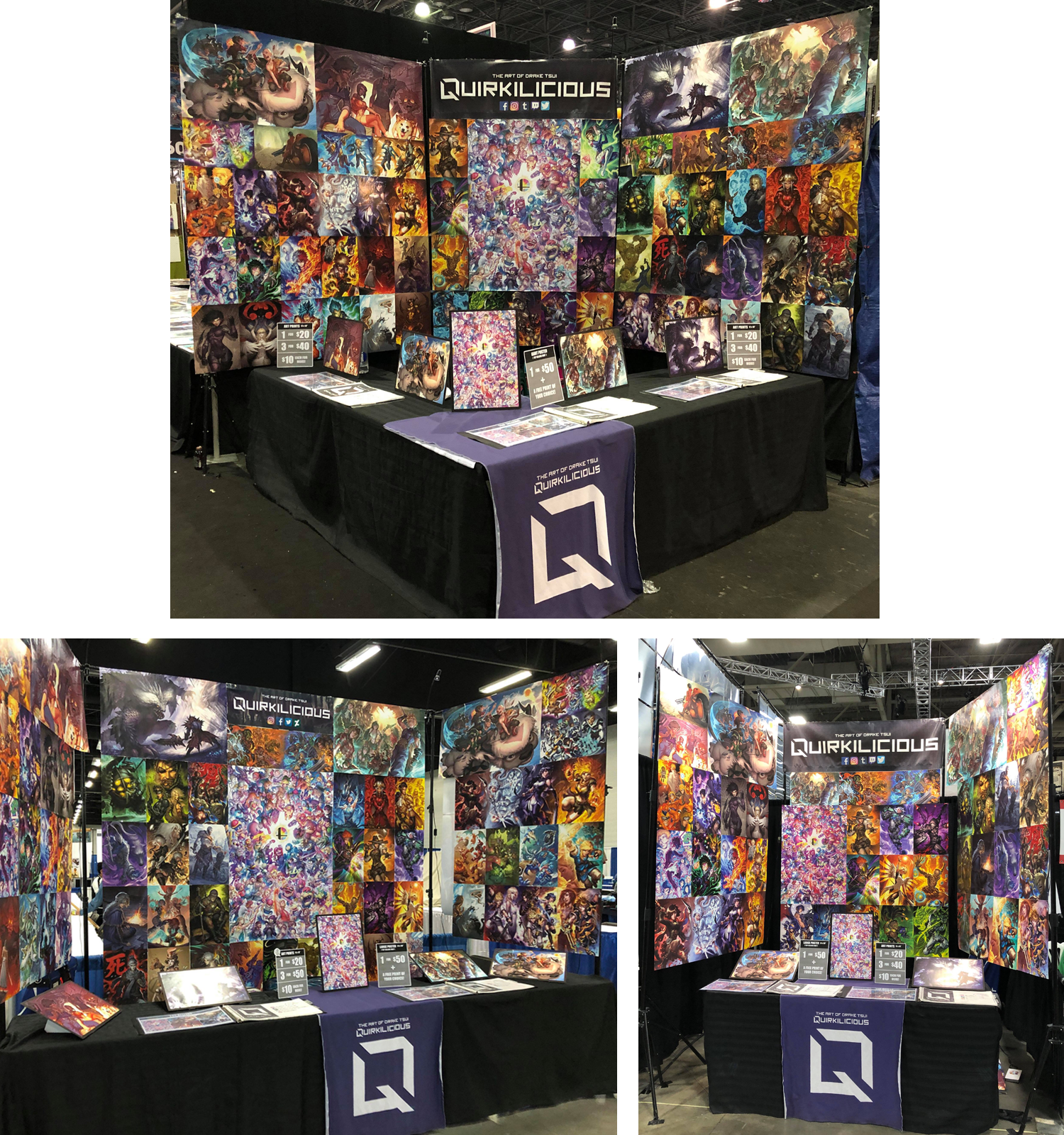